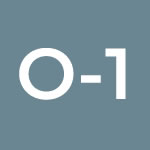 Extraordinary ability in the fields of science, education, business or athletics means a level of expertise indicating that the person is one of the small percentage who has risen to the very top of the field of endeavor.

Certain family members of exchange visitors may also accompany the O-1 visa holder as dependents. An O visa holder may be accompanied or followed by spouses and unmarried children who are under 21 years of age.  Spouses of O-1 visa holders cannot apply for work authorization.

Evidence that the foreign national has received a major, internationally-recognized award, such as a Nobel Prize, or evidence of at least (3) three of the following:

Evidence that the foreign national has received, or been nominated for, significant national or international awards or prizes in the particular field, such as an Academy Award, Emmy, Grammy or Director's Guild Award, or evidence of at least (3) three of the following:

The initial period of stay for O status is up to 3 years. An approved O petition will have a validity period commencing with the date of approval and ending with the date requested by the petitioner. This date is not to exceed the date which USCIS has determined to be necessary to complete the work-related event or activity the foreign national is in the United States to do. Again, this time period will not exceed 3 years and may certainly be less than that. Any requests for extensions of stay will be considered by USCIS and, once they have determined the time necessary to accomplish the initial event or activity, will be granted in increments of up to 1 year.

O-1 visa is distinguished from other employment related statuses in that it applies to more types of work than other visa categories, such as H or L. For example, H-1B status is limited to professionals and cannot apply to athletes or entertainers as can O-1 visa.  In addition, many seeking non-immigrant status after the H-1B quota for that fiscal year has already been reached will apply for O-1 status, if they qualify. One of the benefits of the O -1 isa is that it does not have an annual quota.

Another important benefit of the O-1 visa is that it is a viable status to seek for foreign nationals subject to the two-year foreign residency requirement of the J-1 exchange visitor program. Many people  who hold or have held J-1 or J-2 status are not permitted to obtain an H or L visa status until they and/or the primary J-1 status holder has spent two years in their home country after the expiration of the J-1 status or a waiver of the two-year residency requirement is obtained. These individuals may obtain an O-1 visa without fulfilling the two-year residency requirement or getting a waiver of the requirement. In such cases however, the foreign national may not change status to O-1 in the United States, but must obtain an O-1 visa either in the home country after their O-1 application is approved by the USCIS.