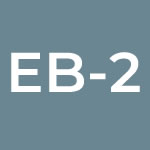 The EB-2 immigrant visa category for professionals with advanced degrees and individuals with exceptional ability in the sciences, arts, or business generally requires a job offer and a labor certification issued by the Department of Labor (DOL). The labor certification process exists to protect U.S. workers and the U.S. labor market by ensuring that foreign workers seeking immigrant visa classifications are not displacing qualified U.S. workers.

As DOL regulations prohibit the issuance of labor certifications in self-employment scenarios, an entrepreneur will generally be unable to file an EB-2 visa petition unless he or she qualifies for a National Interest Waiver (NIW) exempting the entrepreneur from the job offer requirement and, thus, the labor certification. Even if he/she are not self-employed, it may still be challenging for he/she to obtain a labor certification if he/she have a significant ownership interest in the company, if there is a familial relationship between he/she and the stockholders, corporate officers, incorporators, or partners, or if he/she are one of a small number of employees. If any of these factors apply, his/her employer must be able to demonstrate that a bona fide job opportunity exists such that the position is open and available to U.S. workers.

An exceptional ability individual is an individual who does not possess an advanced degree and  meet three of the following criteria:

Each of these phases are explained in the next sections.

2005, DOL drastically changed the way it processes labor certification cases. The primary difference between the new process (referred to as PERM) and the old process is how recruitment-related documentation is handled. Previously, supporting documentation, such as newspaper ads and other recruitment efforts, justification of the job requirements, prevailing wage determinations, etc., were submitted when the labor certification application was filed. Under PERM, while the same documentation must be prepared or assembled, it is kept by the employer and only submitted if and when requested by DOL. The employer is required to retain this documentation for five years.

Under the previous regulations, there were two types of labor certifications: Reduction in Recruitment (RIR) (also known as “fast-track,” since these types of cases were given priority handling), and traditional or non–Reduction in Recruitment (non-RIR) cases. These two classifications have been done away with. However, occupations are now classified as “professional” or “nonprofessional” and each classification has different recruitment requirements. Both classifications require two Sunday newspaper ads and a 30-day job posting with the State Workforce Agency (SWA). For professional positions, the employer must comply with at least three out of 10 listed steps: (1) job fairs; (2) employer’s website; (3) job search website other than the employer’s; (4) on-campus recruiting; (5) trade or professional organizations; (6) private employment firms; (7) employee referral program with incentives; (8) campus placement offices; (9) local and ethnic newspapers; and (10) radio or television advertisements. If the occupation is classified as a “profession” and the employer fails to do these additional steps, the labor certification application will be denied.

The purpose of the visa petition is to prove to USCIS that: (1) the offered job has been certified by DOL; (2) the foreign national meets all of the requirements listed on the labor certification; and (3) the sponsoring employer has sufficient resources to pay the offered salary. This step will also establish the immigrant preference classification.

During the visa petition phase, it will be necessary to submit documentation from the employer demonstrating its ability to pay the offered salary. This will usually be a federal tax return, or for larger companies, a letter or annual report. In addition, it is at this step that the foreign national will be submitting documentation regarding proof of his/her education and experience. Therefore, at that time, diplomas, transcripts, and letters from previous employers, are necessary.

First, in order to be eligible to file an NIW petition, a beneficiary or applicant must have an “advanced degree” or “exceptional ability”. The beneficiary must also persuasively demonstrate that his’/her’s proposed endeavor has both substantial merit and national importance; that he or she is well positioned to advance the proposed endeavor, and on balance, it would be beneficial to the United States to waive the job offer and labor certifications requirements. Each NIW case is adjudicated on its individual merits, but the burden of proof is always on the applicant or beneficiary to establish that exemption from the labor certification will be in the national interest of the U.S.

To be successful with a National Interest Waiver (EB-2) case, the foreign national must establish that there is something about him/her and his/her abilities that benefit the United States as a whole and treated as higher than outstanding. In other words, there is something unique about the foreign national’s abilities that will make life better in this country. Although not contained in the statute, agency interpretations say that the foreign national must show that his/her U.S. peers could not perform the same duties and explain why he/she should be exempted from the Labor Certification process.

As there are no official list from the USCIS on evidence to show your National Interest Waiver qualifications, the criteria is usually similar to the other categories, meeting as many as possible:

The government would like to see as many as possible of the above items, although meeting a number of them will not guarantee that the foreign national’s case will be granted.

NIW applications have clear advantages over other regular employment based immigrant petitions. Since there is no labor certification or permanent job offer requirement, an NIW is an attractive choice.

Documentation of past accomplishments and contributions play the most significant role in the UCSIS’ decision for a National Interest Waiver (NIW) approval. Past accomplishments, however, must fulfill the three-prong test. In other words, the applicant will serve the U.S. national interest to a substantially greater degree than a U.S. worker with the same qualifications. 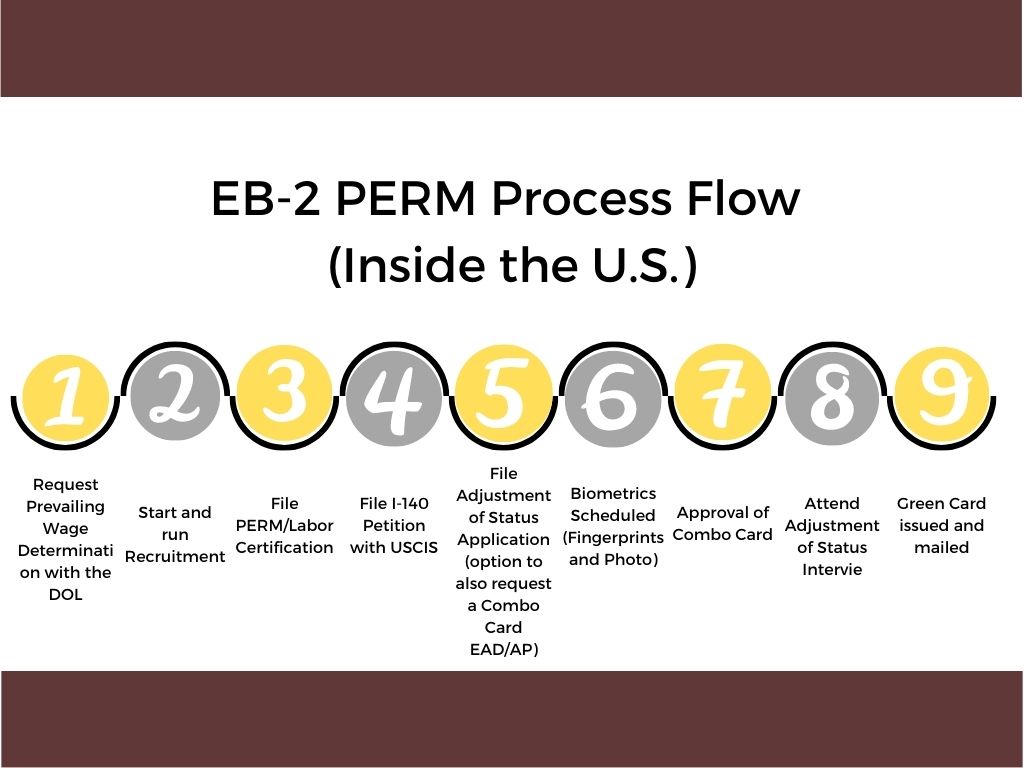 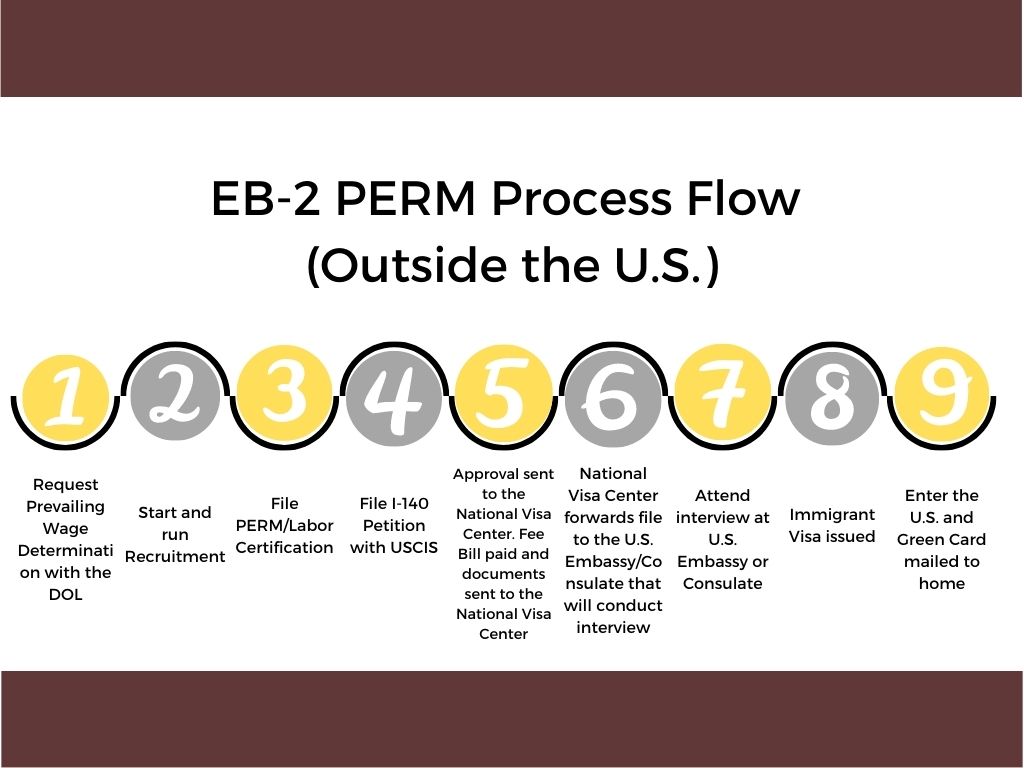 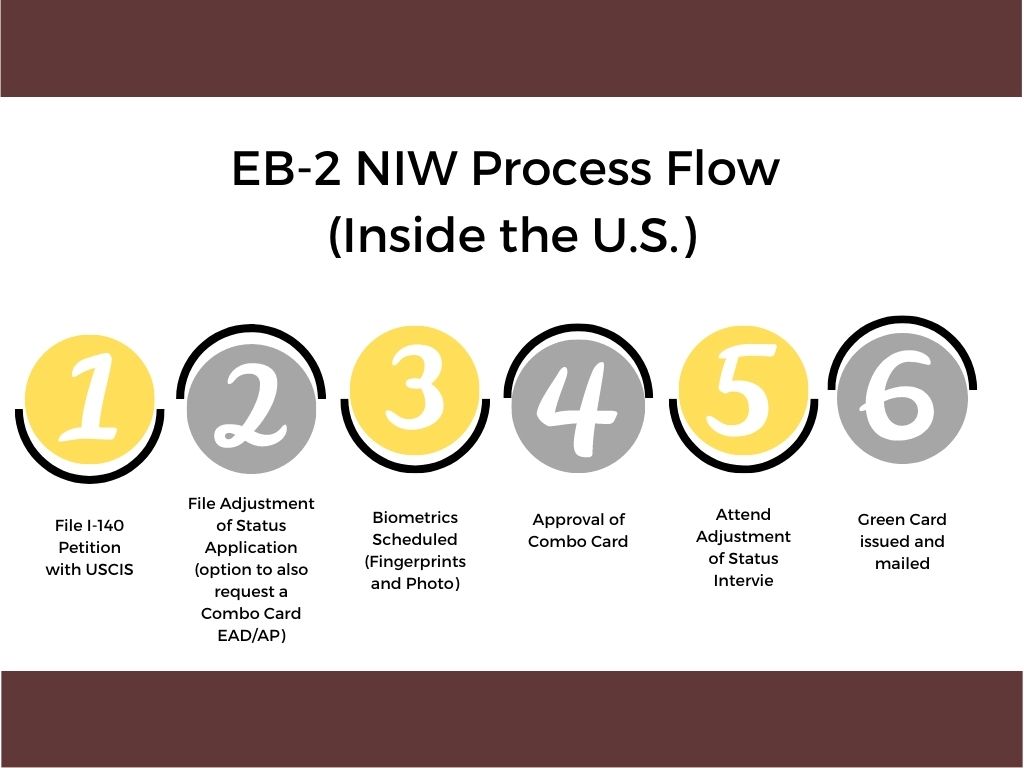 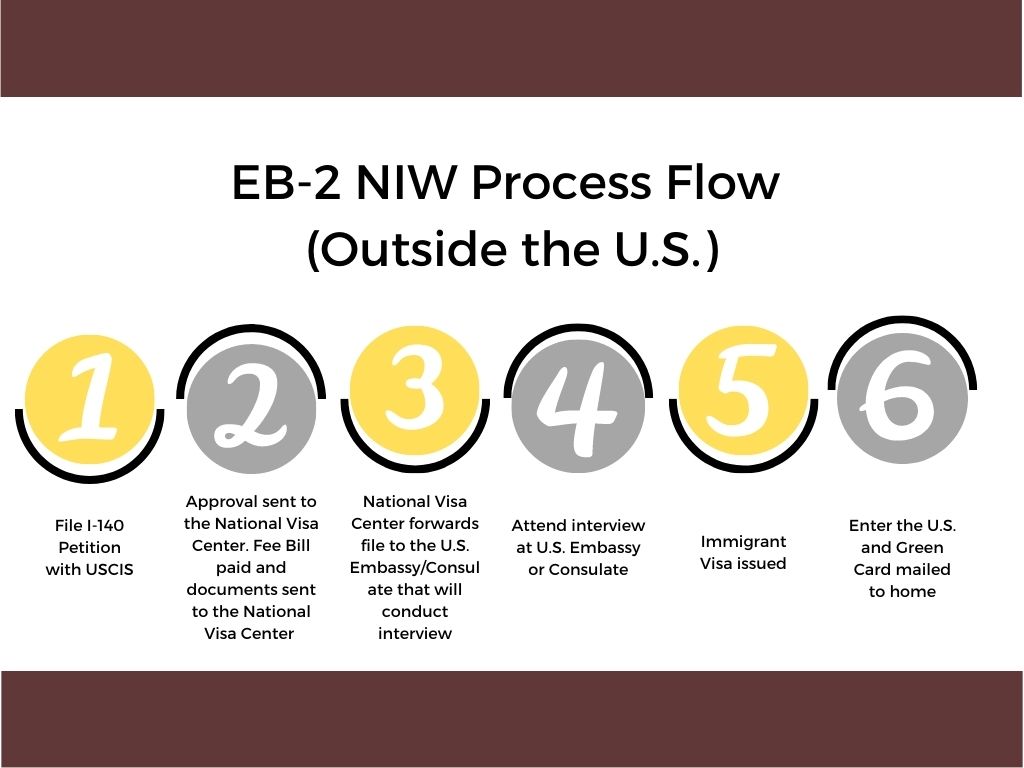