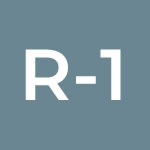 A foreign national coming to the United States temporarily to be employed as a minister or in another religious vocation or occupation at least part time (average of at least 20 hours per week) by:

Is considered a Religious Worker and can obtain an R-1 visa.

This visa program is intended for religious workers whose lives are dedicated to religious practices and functions, as distinguished from secular members of the religion.

To qualify, the foreign national must have been a member of a religious denomination having a bona fide non-profit religious organization in the United States for at least two years immediately before the filing of the petition.

Religious occupations do not include primarily administrative or support positions such as janitors, maintenance workers, clerical employees, or fund-raisers or similar positions solely involved in soliciting donations. Limited administrative duties that are only incidental to religious functions are permissible.

Ministers are defined as individuals who are duly authorized by the religious denomination to which they belong, and who are fully trained according to the denomination’s standards to conduct religious worship and other duties usually performed by the clergy. The regulations do not define a uniform type of training for religious denominations. When signing the petition, the petitioner must attest that the beneficiary is qualified to perform the proposed duties of the religious occupation to be performed in the United States.

USCIS acknowledges that some denominations lack an ecclesiastical government or central governing body. The religious entity may seek to satisfy the religious denomination requirement by submitting a description of its own internal governing or organizational structure.

A physical address where constituents generally congregate to worship must be provided in order for USCIS to conduct a pre-approval site inspection, even if that address is not the same as the mailing address. During a site inspection, USCIS must verify that the place of worship/congregation actually exists.

In addition, a post-adjudication inspection may be completed on the beneficiary’s work location to verify the beneficiary’s work hours, compensation and duties. A post-adjudication inspection may also be conducted in cases of suspected fraud or where the petitioning entity has undergone substantial changes since its last filing. USCIS closely monitors the site visit program to ensure that it does not cause substantial delays in the adjudication process.

USCIS may grant R-1 status for an initial period of admission for up to 30 months. Subsequent extensions may be granted for up to an additional 30 months. The religious worker’s total period of stay in the United States in R-1 classification cannot exceed five years (60 months). USCIS counts only time spent physically in the United States in valid R-1 status toward the maximum period of stay.

Certain family members of religious workers may also accompany the R-1 visa holder as dependents. An R-1 visa holder may be accompanied or followed by spouses and unmarried children who are under 21 years of age.  Spouses of L-1 visa holders cannot apply for work authorization.